Athens is the capital and largest city of Greece and dominates the Attica region. It is considered one of the oldest cities in the world. It is widely referred to as the center of the arts, sciences, philosophy and the birthplace of democracy. Solon, Cleisthenes, Ephialtes and the longest-lasting democratic leader Pericles contributed to the development of Athenian democracy. In modern era, Athens is an enormous cosmopolitan metropolis and central to economic, industrial, maritime, political and cultural life in Greece and it is one of the biggest economic centers in southeastern Europe.

The city centre of the Athens is divided into several districts, the most famous are:

Athens has plenty of monuments, museums, art galleries, the most famous of which is the Parthenon. It is considered a key landmark of early Western civilization. The Parthenon is a former temple on the Athenian Acropolis dedicated to the goddess Athena, whom the people of Athens regarded as their patron and stands on the Acropolis.

The Acropolis is an ancient citadel located on a rocky outcrop above the city of Athens and contains the remains of several ancient buildings of great architectural and historic significance.

The city also has Roman and Byzantine monuments, as well as the National Archeological Museum, featuring the world’s largest collection of ancient Greek antiquities, the Museum of Cycladic Art and the Benaki Museum.

Athens has many entertainment amenities such as the National Garden which is a peaceful and beautiful park in central Athens, where guests can enjoy their walk and relaxation. Athens, also, hosts 148 theatrical stages, more than any other city in the world, including the famous ancient theater of Herodes Atticus, which hosts the Athens Festival which runs from May to October each year.

Public transport in Athens is very convenient and easy to use. The most widely used means of transport are metro, suburban trains, trams, trolleybuses, buses.

In Athens visitors can taste the Mediterranean cuisine and find authentic Greek food, in classic small restaurants (“mezedopolia”) serving delicious small plates to share, traditional restaurants (“tavernas”) with live Greek music, gourmet experiences and also ethnic food. Athens is known for its vibrant nightlife. Athenians want to party and do it almost every night of the week. The choices are plenty and serve to all tastes and lifestyles. 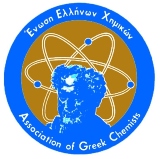